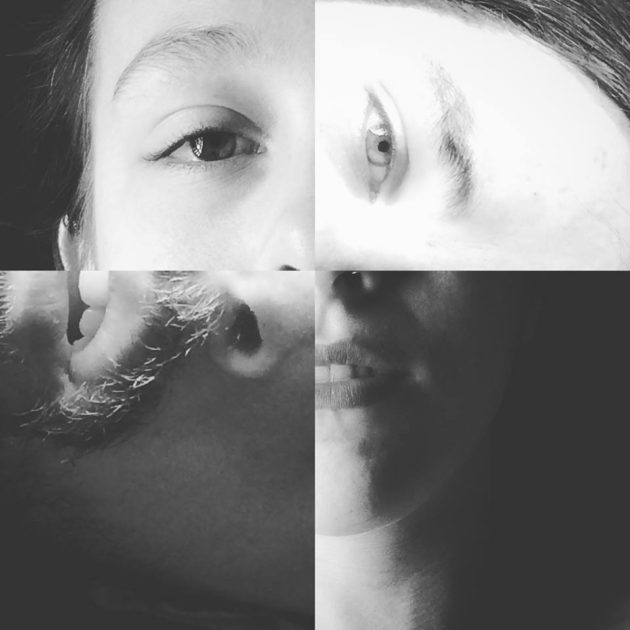 With a new album released on the Pittsburgh-based electronic label La Squadra Records, slowdanger‘s Taylor Knight and Anna Thompson are in the midst of a creative victory lap. The duo (For full disclosure, slowdanger and I are co-curators of the Lightlab Performance Series), whose performances marry their dance backgrounds with more recent experiments in sound, premiered an evening-length multimedia work for The New Hazlett Theater’s CSA performance series and are now plotting a summer tour. Morphing from individual practices, the creative partners have grown from simple looping beats to world-building electronic hazes of vocals, pulses, and arrhythmic clusters.

slowdanger’s new album FEED∆YOUR∆DEMON is a confident dive into the duo’s darkest territory yet. Subverting a possible hit by pedaling on one chord without release on “precipice,” the album later dips into a four-on-the-floor dance beat with “iamstill” before plunging into ominous tones on “demon.”

FEED∆YOUR∆DEMON is available on La Squadra.