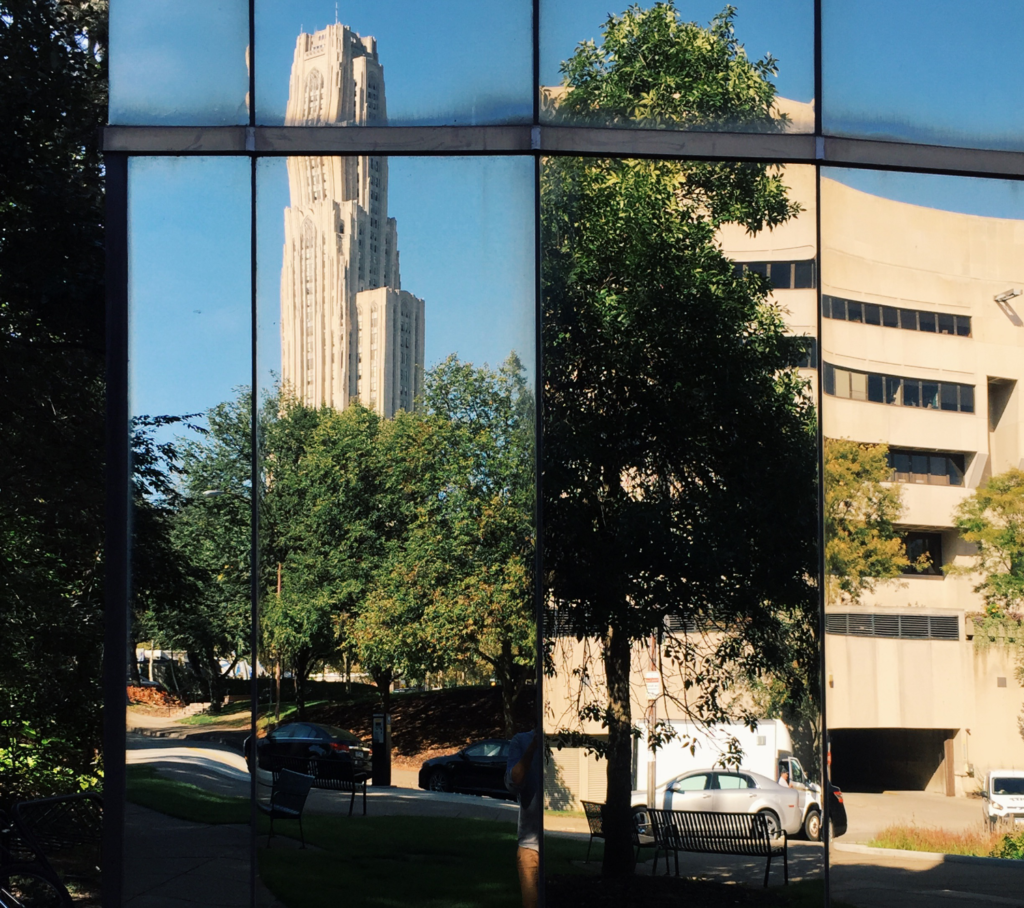 Q: Groundhog relocation in Pittsburgh? What are my options?

A: As Derrida noted in his seminal classic The Animal That Therefore I Am, “As with every bottomless gaze, as with the eyes of the other, the gaze called animal offers to my sight the abyssal limit of the human.” This groundhog and its unfathomable kits represents the limit of what constitutes the “human,” the boundary between your own consciousness and the material reality of the world itself. Looking at this groundhog and its offspring has made you confront the animal nature of your own body and your ultimate death.

To relocate these groundhogs would, fundamentally, not put this question to rest, but rather simply displace the pressing existential and ethical questions raised by your confrontation with the Animal. Indeed, if these groundhogs lived in Frick Park, would you escape your own bodily mortality? Of course, you could call the Animal Rescue League to haul these creatures off in handcuffs, but would that remove the urgent ethical demands of the Other? No. Of course not. Instead, you would have displaced not only your mammalian neighbors, but your own crisis of animality as well.

Rather than attempting to move the animals (and, in so doing, your thanatophobia), use this excellent opportunity to probe your own relationship with bodies, language, and being. Invite the groundhogs into your home, gazing into their eyes while you confront the spectre of death. Or better yet, eschew your false “human” trappings and live, wordlessly, in their warren for the rest of summer. In this way, you can truly embody Fred Rogers’s appeal to be their neighbor.

Q: What flea market’s in the Pittsburgh area are the best? [sic]

A: I applaud you for recognizing the importance of parasites, both ecologically and symbolically. Fleas provide a reminder to all of us of that our bodies are ecosystems rather than autonomous “individuals,” while also offering an excellent lens through which to see late capitalist practices.

According to philosopher Michel Serres, the parasite-host relationship of asymmetrical consumption is inherent in all late-capitalist relationships. When our behaviors are commodified, we are always feeding and being fed upon (i.e., you “feed” on UPMC’s services, while UPMC in turn “feeds” on your insurance). The parasite shows us that we are not autonomous, but rather tied into complex, messy ecosystems of consumption. As such, under capitalism, all markets are “flea” markets. We are all fleas, feeding off the blood of each other.

To address your question from a different angle, I have no idea where one can acquire fleas in the Pittsburgh area. Perhaps visit an “Off-Leash Dog Exercise Area“?