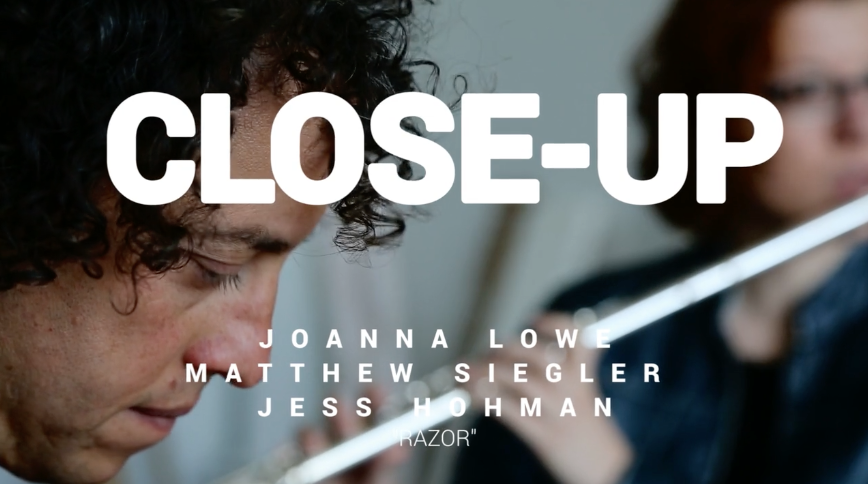 “I wrote during the polar vortex two years ago when everyone was talking about death and danger, and I decided to walk to work in spite of it all,” poet and actor Joanna Lowe said when describing the circumstances that led to her poem “Razor,” which she performs in this first of a two-part Close-Up segment with accordionist Matthew Siegler and flautist Jess Hohman. “On my way, when there were barely signs of life, I saw a single bird fly out beside me,” Lowe continues, “and I was genuinely baffled, wondering if he knew like everyone else that he wasn’t supposed to be outside. That made me wonder if maybe he didn’t feel the cold, which made me jealous he didn’t feel anything. As an empath and an artist, I feel everything whether I want to or not.”

Listen along as Lowe performs her poem “Razor” alongside scoring by Siegler and Hohman.