After meeting at a New York artist residency, artists Barbara Weissberger and Eleanor Aldrich, from Pittsburgh and Knoxville respectively, began a long-distance collaboration based on a shared interest in material and illusion. Their latest collaboration is Dirty Work, an installation that opens February 9, 2017 at the University Art Gallery in the Frick Fine Arts Building on Pitt’s campus. We stopped by Weissberger’s studio in The Mine Factory building to discuss their new work, and Aldrich joined us via the internet.

David Bernabo: Where did your collaboration begin?

Barbara Weissberger: We met at a program at The Drawing Center [a museum in Soho in New York] called the Drawing Sessions. There were about fifty artists, and among the fifty, there were smaller groups. Eleanor and I were grouped together. In an early show in that program, our work was put together in a constellation and there were a lot of resonances between the work. An early connection that we identified was that we are both invested in the idea of attention between illusion and the actual thing.

Eleanor Aldrich: Yeah, Barbara and I really hit it off. Our work has some commonality. 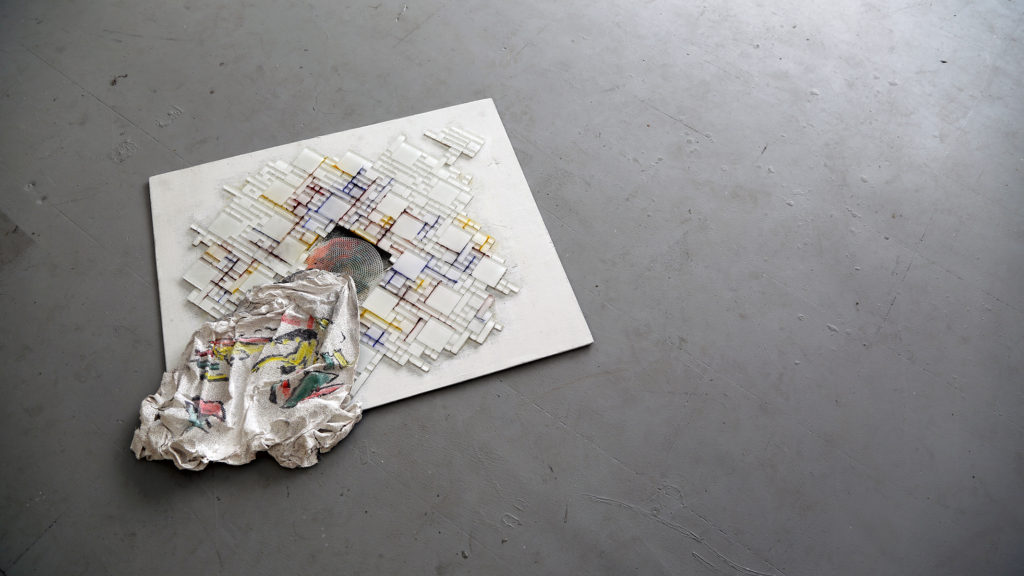 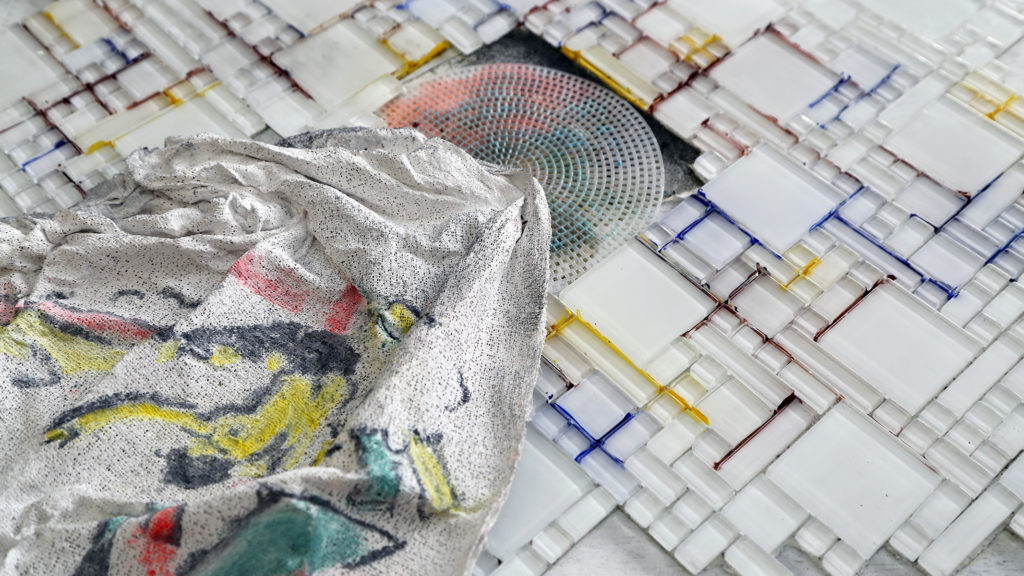 BW: When we were talking as a group [at the Drawing Center], there were about six or seven of us, but Eleanor and I, our conversation broke off and we started this ongoing conversation about making things, material, and the sets of ideas that we have been working with. Further down the road with that program, the curators asked for proposals for a large show, and we proposed doing something together. That was the first collaboration.

That was a funny negotiation, because Eleanor was in Knoxville, I’m in Pittsburgh, and the show was in New York. How do you collaborate when you are in two separate cities? We were Skyping, talking on the phone, e-mailing, texting JPEGs all the time. I think everything we have done [since] has come out of the trajectory of that work.

EA: One of the most exciting things about our collaboration is that I don’t have to totally finish everything. I work very fast and intuitively, so I like having raw parts and pieces that we’ll later bring together. It’s excited to then combine and make something very fresh.

BW: Right, we’re making discrete objects that live in each of our studios that operate autonomously as Barbara works or Eleanor works. There can be something unfinished—or I’d say open-ended—about those works. When they come together in the installation, it’s like a third life for the work. 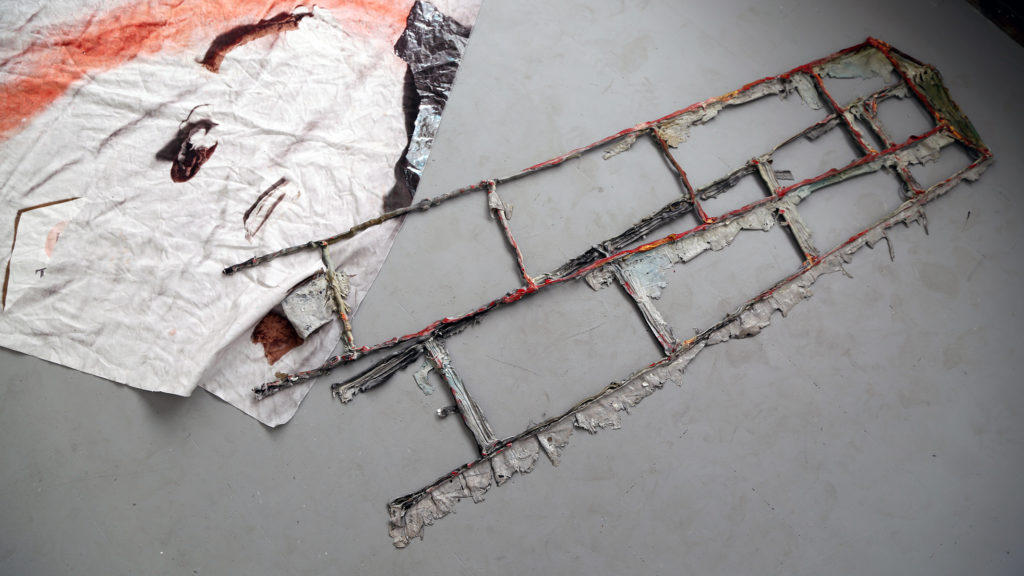 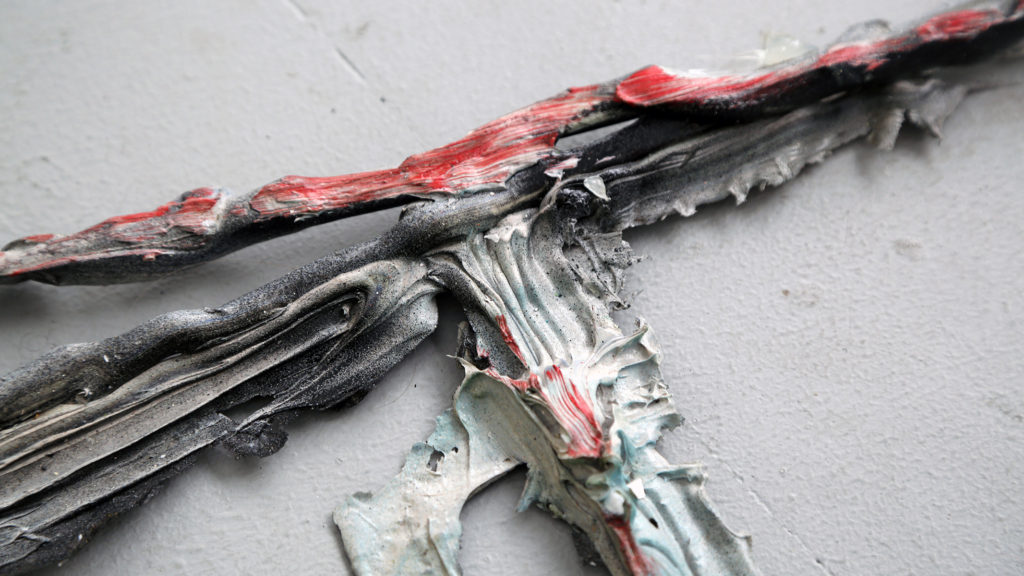 DB: Have you seen your individual work shift after that first collaboration?

EA: I don’t know how long I would have carried on this subject matter, but once we started talking about it and working on it, I realized that there was a lot in [that subject matter].

BW: Would this be a good point to say what the subject is?

DB: Oh yeah, so what are you making work about?

BW: So, the first collaboration, partly because we were in two different geographical places, we decided that we wanted to have a subject to organize our thoughts, to give us cohesion by using related imagery. We came up with the idea of the mop as the central object or image, which is still present in the work. So, how do we frame this idea about how and why we are using this subject? We’re both so concerned with subtlety in the work, so we’re hesitant to make a narrative out of subject.

DB: So, by using this mop, this isn’t just a comment on domesticity.

BW: All of that is in there, but we came up with different ways that we each connected with the mop. For me, I’ve always been interested in pedestrian things and have had a long interest things in the abject and things that suggest the abject body. The mop does that for me. I’m also really interested in the “studio” as a subject for the work. A lot of the objects that I want to have in the setups for the photographs are things that I make as art artifacts and then stuff that is just lying around the studio. So, blurring the line between the art object and the studio tools.

EA: The main subject of my work is the tension between the physical and the illusionistic. I don’t want the subject matter to outweigh that. So, I often choose objects that are very basic. A chair.

EA: And the mop was just a starting place for that interest. 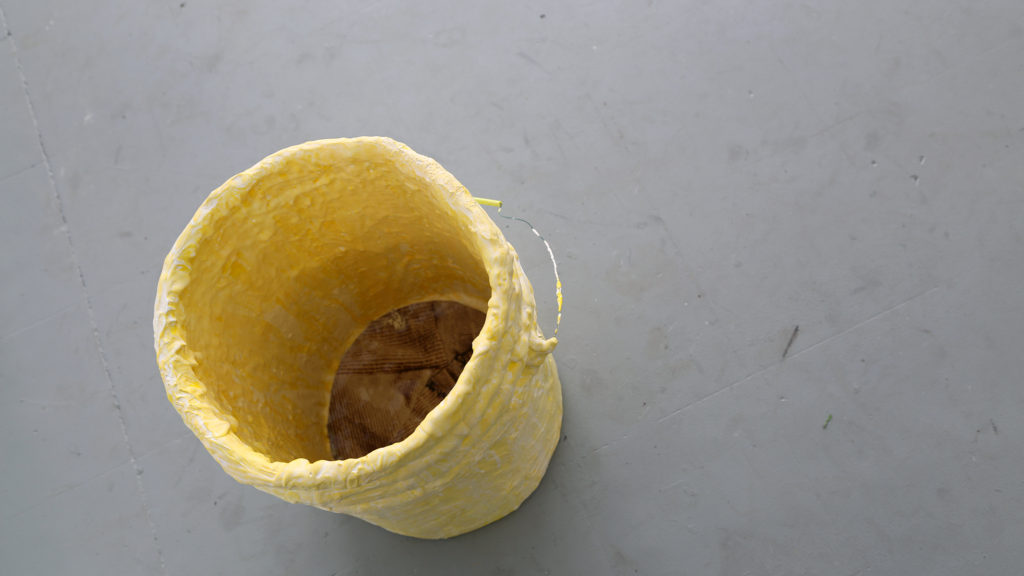 BW: The show that we are working on for the University art gallery at Pitt—its title is Dirty Work. We’ve been talking a lot about cleaning and maintenance and the range of things that that topic points to—how cleaning can be inflected with gender, with class. As a subject, it is a nexus for a lot of intersecting issues and those issues can co-exist with other concerns about the actual objects and the illusion.

EA: There’s also the idea of labor: artistic labor versus or alongside janitorial labor or domestic labor. 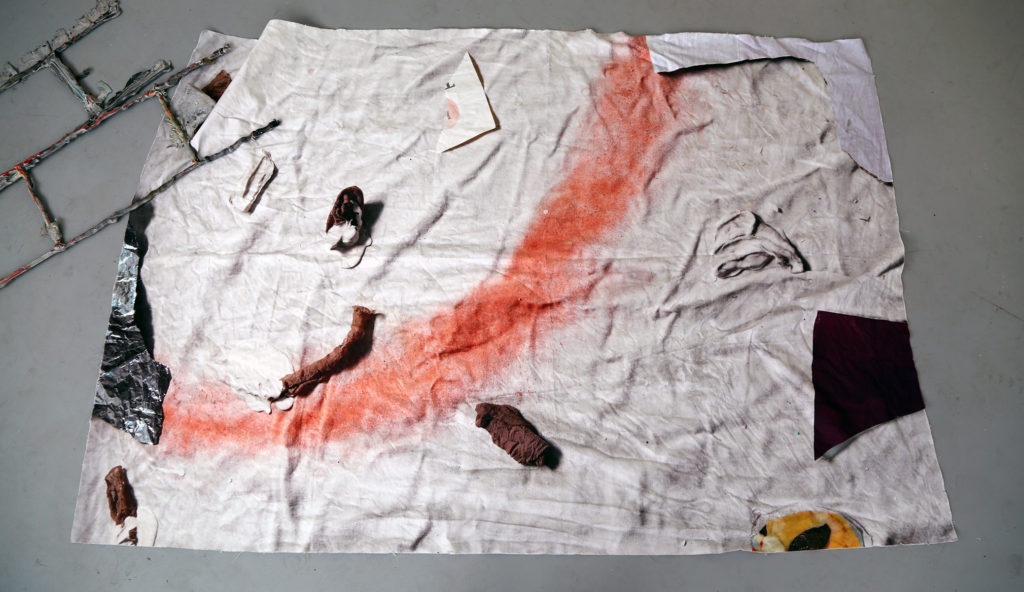 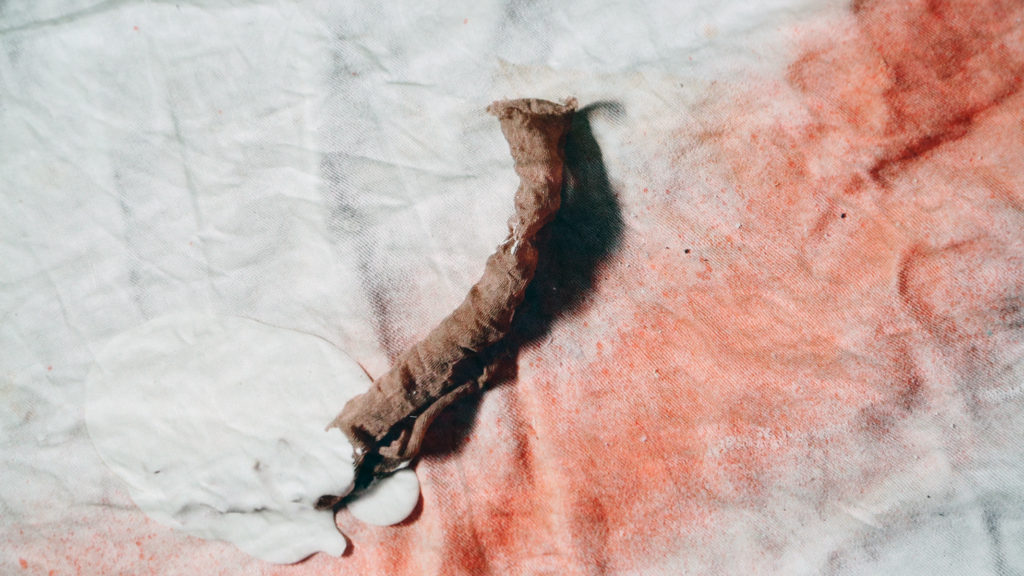 DB: Are you using illusion for its own sake, because it is fun or clever, or is there a greater meaning?

BW: I hope there is a greater meaning. [laughs]

EA: I was raised Catholic…

EA: So, I was fascinated with the transubstantiation of the host in something else—this material transformation. Also, the physicality of paint seeming more real or mimicking the actual. Against those ideas, illusion becomes more trustworthy.

BW: One of the things that we’ve talked about is belief and doubt. What interests me in the illusion in the photographs and the installations in the photographs can be confounding and hard to parse is the experience of doubt. In the photographs, there is usually something very obvious and recognizable: cardboard or a lamp. But then I use mirrors, which pull things in from outside the frame or creates lighting or size distortions. I like this idea of being in an ambiguous space, having a sense of what you are looking at, but calling into question how well you are understanding the things that you think you know. 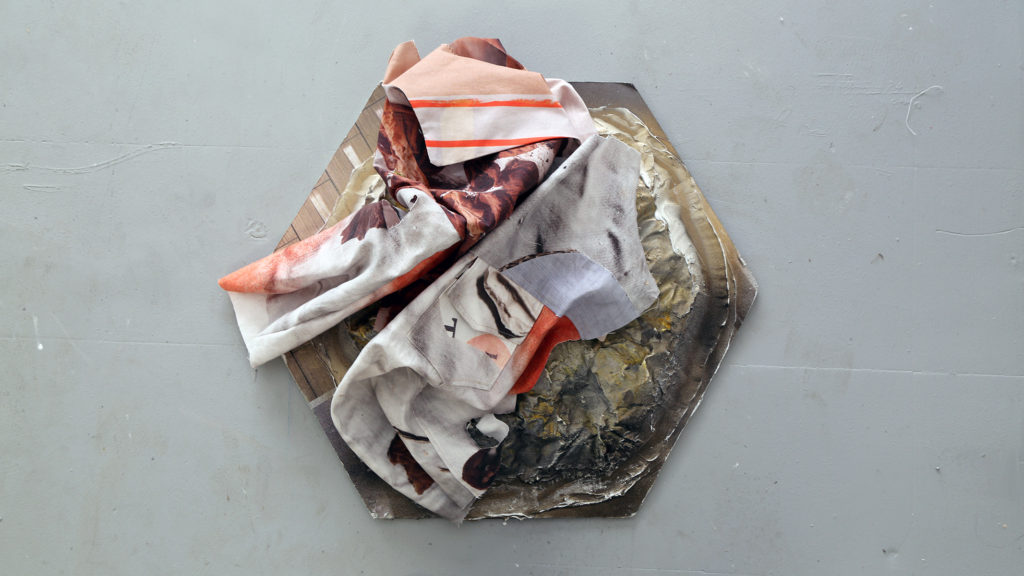