Named after a local, early-1900s amusement park, Wilkinsburg’s Dream City Art walk returns for its second year on Saturday, July 16th. The five-hour event invites visitors to Wilkinsburg for live music performances, flash fiction readings, and a constellation of open artists’ studios. One participant is artist, designer, and screen printer Jason McKoy, whose work will be on display at 321 Pennwood Avenue. We caught up with McKoy for a conversation about how his career in art and design, how he came to live in Wilkinsburg, and the ways Dream City Art can be a tool for the community.

David Bernabo: Can you talk about how you became interested in art?

Jason McKoy: I’m from New York originally, and I never thought I would get into visual arts at all. Growing up, I wanted to be a fireman like most boys want to be firemen when they grow up. But then I went to a vocational-technical school, and I was dead set on becoming an electrical engineer—then I realized that I really hated math. Like, I really hated math, and there was a lot of it.

Drawing was pretty much a hobby. I loved comic books, loved cartoons, and loved video games, so I would draw as a pastime. It was in grade school that I realized that I could do something with it. I would draw so that I didn’t get beat up. I would draw characters of all the popular kids and the bullies as superheroes or just cartoon characters and give them to them and that prevented me from getting beat up. So I thought, “Oh, so there’s a whole currency behind this, potentially.”

I went to the University of Delaware and majored in English, which was the furthest thing I could imagine from electrical engineering and math. I worked in a computer lab in the visual communications department, and I had to teach myself Photoshop, Illustrator, all of that, and started working digitally. That led to screen printing: I would take what I was doing digitally and get the images put on screens and then screen print them on t-shirts. Pretty much 90% of my wardrobe is t-shirts from as long back as I could remember. So I started printing t-shirts, and that has really informed everything I do.

DB: Does the format of the t-shirt influence the composition of your design?

JM: Subconsciously it does. Even when I’m designing for other things I think of form and how it’s going to fit and work with the form. That comes from screen printing. You have a limited canvas on the t-shirt and you have to worry about the necklines and hems and everything. So how am I gonna work a design around that? It definitely helped me develop my process and how to think spatially. Screen printing on t-shirts is where I got all of that from. 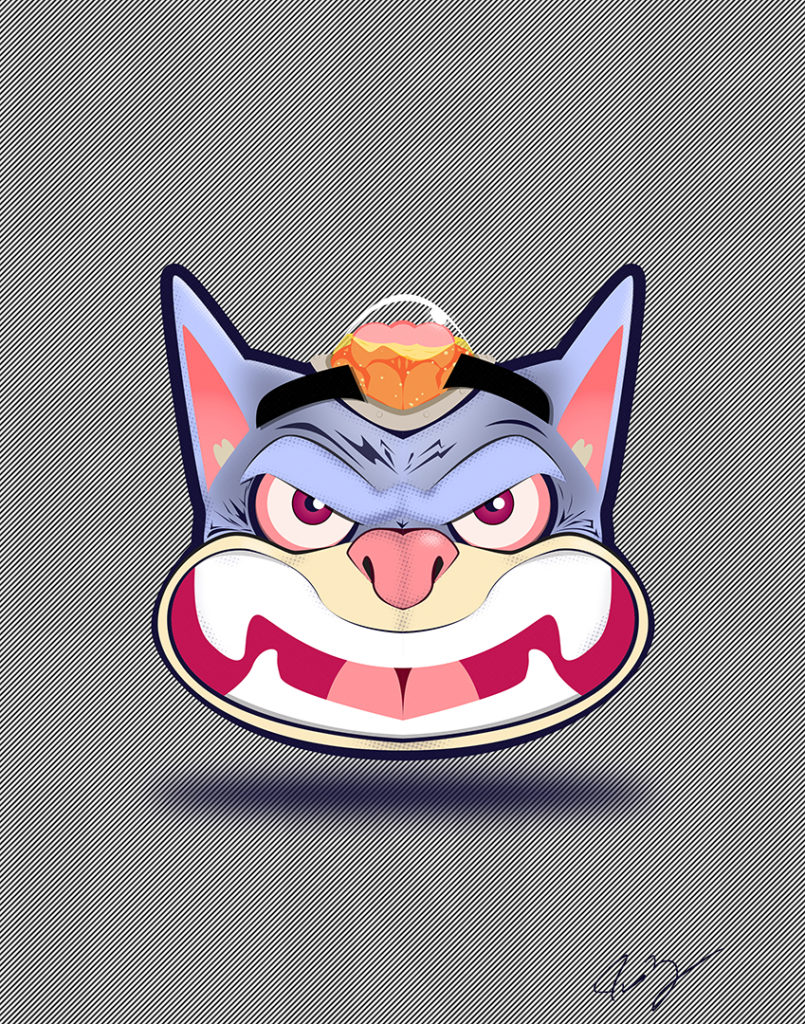 DB: I was wondering if you perceive a difference between design work and art work?

JM: It’s weird because I’d rather be doing more art, but I make the majority of my money doing design. The way I see it, design is specifically for commerce, where art is more for expression, and then you hope to make money off of your expression. Now I’m just doing work for commerce and it’s not my favorite thing. I enjoy it depending on the project, but then that also means that your creativity is dictated by someone else, meaning there are a ton of limitations that are set up by someone else saying that you can’t do this, or you can’t use these colors. That can lend itself to a whole new level of creativity, but I prefer to express what it is that I want to do, which is weird and completely left of what I do professionally.

DB: The actual process of your drawings—does it start digitally or with pencil?

JM: Pencil and sketchbook. There will be times where I bring my sketchbook with me and I’ll go to a coffee shop or park or some place I can sit down. Even though the work won’t reflect the environment around me, I let the environment influence the work. I come up with weird ideas for characters from just looking at people or looking at objects or hearing a song. Then I’ll scan it and clean it up and start to flesh it out in Illustrator or Photoshop.

DB: So the original lines come from the sketch?

JM: Right. A lot of the work I do plays with halftones and you can’t really draw halftones in pencil, so I’ll sketch it and finish it in my head with the halftone application and then go in and do it digitally. 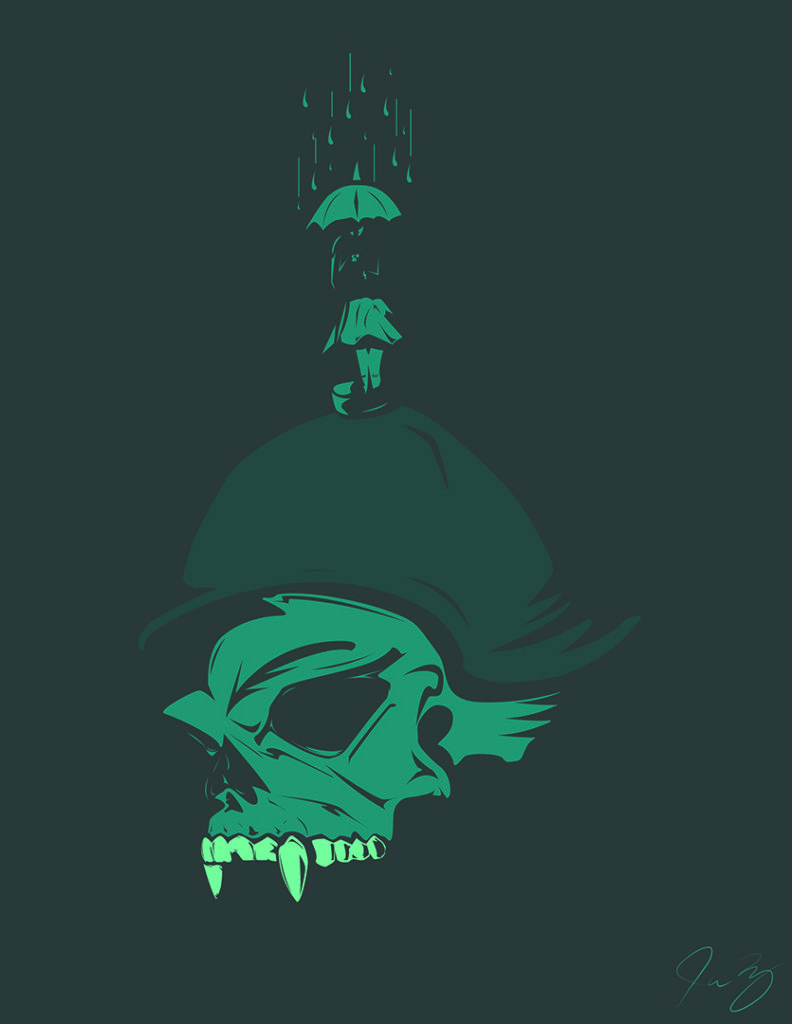 DB: How did you decide to move to Wilkinsburg?

JM: Living in New York, you can’t afford space, so I couldn’t have a studio. I started designing, and I would do design work for clients in order to afford a studio, but then I still could never afford one. That is what led to the move to Wilkinsburg. I wanted to be able to do what I wanted to do, but also be able to live, eat, and play. My girlfriend is from Pittsburgh, from the Churchill area, and she found an apartment here. She first had her mother look at it, and then she came and looked at it. From there we were just like, all right, cool—let’s move here. It’s a weird story because she didn’t want to move back to Pittsburgh at all. She wanted to move some place where it was warm all the time.

DB: I can understand that.

JM: But it just made more sense to move to Pittsburgh. She has a foundation in Pittsburgh; we have family in Pittsburgh. If anything bad happens, at least we have someone who will be able to help and support us. We love it here.

DB: How integrated is the vision of Dream City with the actual community? I’m wondering if the longtime residents are actually into it. Do they check it out?

JM: It’s hard to say. Even though it’s a group of forty-some people, it’s still very individual—individual agendas as a collective. I’ll give you an example. Andrea Haynes is doing a project with moss. She’s growing moss on the underpass over on Mulberry [by the Crescent Apartment Building]. It’s like moss graffiti; it’s really awesome. But it’s the summer, and moss doesn’t really like dry weather. So she’s out there every day misting her moss to make sure it grows. People are constantly stopping and asking her what she’s doing, and when she explains, they’ll say, “Oh that’s cool,” and the next question will be “Why are you doing this?” [But] thus far she’s had mostly positive responses.

Wilkinsburg has had a really negative stigma attached to it. The community likes the idea of bringing art to end the stigma. They like the idea that this is happening in their neighborhood. I would hope to get the community even more involved in the process though. Even if it’s not Dream City specifically, I would like to see the community get more involved in whatever creative direction it wants to go in. I feel like it’s more important for the community to not only know the creativity that’s happening, but also to foster it. That could be as simple as me doing a huge screen print in my front yard and someone asking what I’m doing and me inviting them to help out. Or maybe showing someone how to screenprint, or how to sketch to digital. I think Dream City is definitely trying to do that. This is only the second one, and it’s a stepping stone to a more inclusive art community in Wilkinsburg. 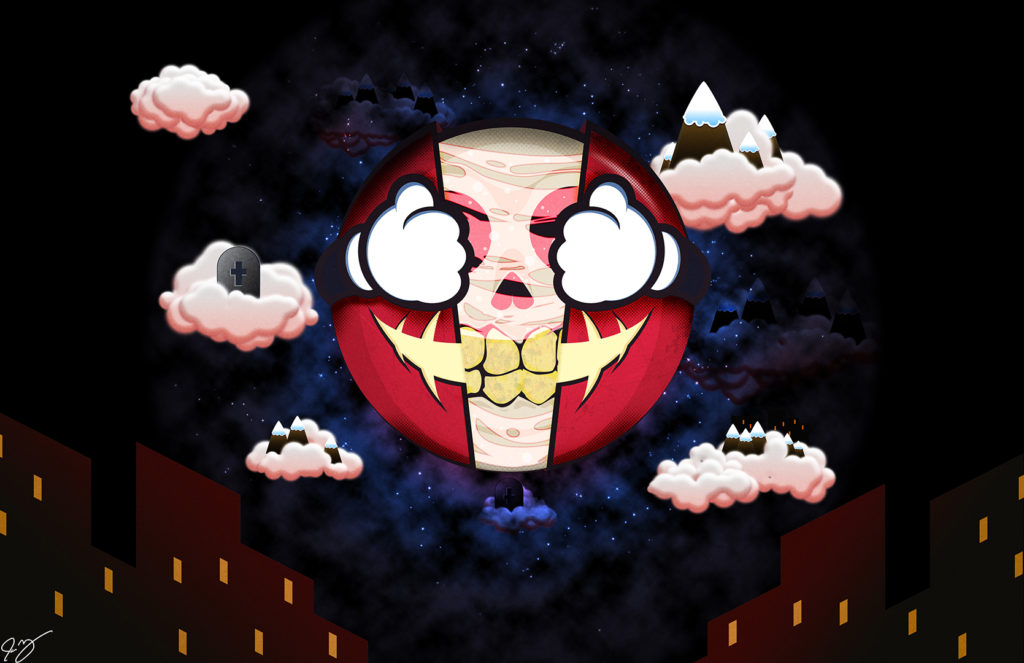 DB: What do you as an artist want to gain from Dream City?

JM: Being a part of a collective group art show wasn’t really what appealed to me. It was more—and it sounds selfish—getting my face out there and letting people see me attached to the artwork that I do, which is really left of what I do professionally. But not because I wanted exposure for myself: I come from a family of organizers and activists and teachers, and I wanted to be a source of inspiration. Here’s this tattooed black dude that makes this really weird art that’s not associated with black expression. I wanted to be like, “I’m here, I’m black, I’ve got tattoos all over my body, and I’m making something of myself through art and expression.” Hopefully it provides some source of motivation or inspiration for other people who grew up like me.

DB: Do you have any thoughts on the general Pittsburgh art scene?

JM: It’s cool! The only thing I knew about Pittsburgh before moving here was The Andy Warhol Museum. So being here and living here for a year and change, there’s a lot going on on different levels from an underground scene to a very overground scene. It’s way more than I expected. It’s also welcoming, because you can meet and communicate with artists from multiple walks of life, people who are actually born and raised here. I can meet an artist who I know and respect, and ask them if they want to get coffee. So that says that the community as a whole, [though Pittsburgh has] a huge art scene, is more communal, or…

DB: It seems pretty down to earth from what I’ve experienced.

JM: Yeah that’s a good way to say it. Down to earth.