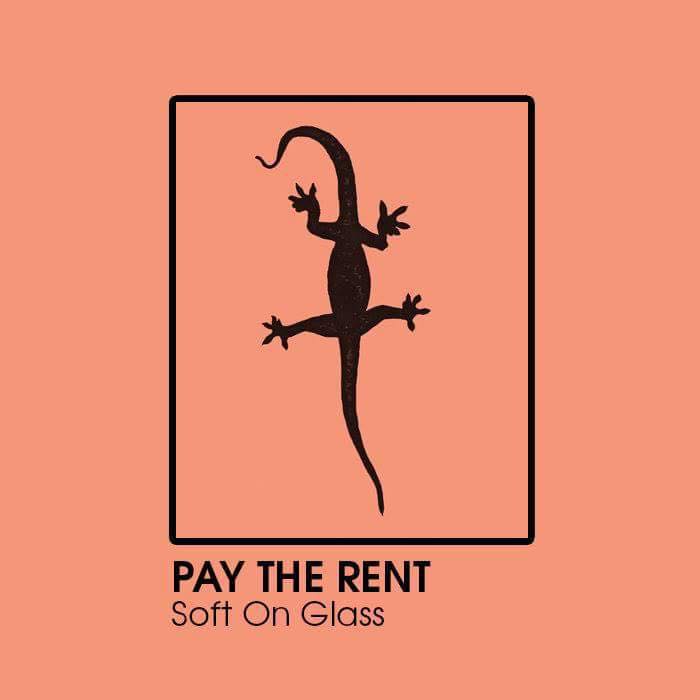 In the context of Pittsburgh’s music scene, the concept of a “supergroup” could be considered the natural order of things. Local groups frequently cross-pollinate collaborators simply because it’s a tight-knit community with band attrition, and turnover is the name of the game. But for Pay The Rent—made up of members from two popular local acts that couldn’t sound more dissimilar fusing to create a sound like nothing any of them have ever produced before—“supergroup” status absolutely applies.

Pay The Rent are brothers John and Mike Kasunic, they of the long-running sludge punk act Slices (“Pittsburgh’s #1 Guitar Band,” their long-dormant Twitter bio proclaims), plus producer/ID Labs studio rat/Wiz Khalifa collaborator Nice Rec (real name Peter Mudge). Their self-titled debut album arrived in June of 2014 as a heady mixture of garish synth compositions, game-ready to soundtrack some lost reel of the Heavy Metal cartoons, with reverb-drenched guitars and Mike Kasunic’s dramatic, goth-inflected vocals. While promising and so unlike anything any member had dabbled in before, the album was also a bit curious. On songs like “Master of Emotion,” chugging synth lines and splashing hi-hats underlined Kasunic’s self-serious vocal performance, intoning freshman creative writing workshop lyrics in a way that was hard to discern between parody or sincerity. But that misstep was immediately followed by a couplet of instrumental movements in “Still Chasing You” and “I Remember Everything” (the latter serving as a 50 second coda to the former). Full of overlapping synth progressions that gather like storm clouds and downright hypnotic noodly guitar work, they showcased Pay The Rent’s stripes as truly capable ambient music technicians.

The band returns with their sophomore album Soft On Glass, released May 5th on Pittsburgh-based electronic label White Reeves Productions. The record promptly excises any element of a traditional lead singer. Instead, Pay The Rent have wisely focused on a foundation that draws from their first record’s tendencies of ambient, ebb and flow textures, abstract synth compositions, and a sense of immersive grandeur. On top, they deploy other hints of genre (trance, post-rock, Ennio Morricone scores) to ghost in and out of the frame like characters in a dream dissolving upon waking. The combined effect is mesmerizing, allowing the trio to flirt with a coma-like, Eno-esque ambience (of the kind that Eno himself would say “must be as ignorable as it is interesting” to be successful) that never becomes dogmatic, giving listeners a handhold while sailing from song to song.

From the opening moments of the first track, “Knaut,” the floodgates open to release waves of pastel synths washing against the speakers. The track sounds in some instances like Julee Cruise’s Twin Peaks main theme being played through a vat of Vaseline: slow and beautiful, with flashes of unease and lurking menace. “Lower Down” leaps from a one-note organ hum to a post-rock explosion and is followed immediately by the twinkling “Two Days In.” Both songs gleam, complimenting each other as euphoric high and subsequent come-down, with a guitar tone mined from studio sessions at Sound City in the mid-’70s. From there, Soft On Glass becomes a haunted mansion to get lost in: “Calf” unfolds with an ominous keyboard fade-in, chanting voices, and a slightly off-kilter cowboy guitar riff that never quite finds its balance—stumbling right into the high drama of an operatic Dario Argento horror climax that never arrives in “Diana,” and then plunging into an underwater trance in “Corridor.”

For Pay The Rent, Soft On Glass is an extremely exciting confirmation of the flashes they showed on their debut. The album’s superb pacing is vivid and essential, and despite lasting only eight tracks and 19 minutes, it feels much longer— demanding attention, and then rewarding it.