It’s noon on a Tuesday, sky blue and bright, and office workers bustle around Market Square during their lunch break. A musician plays jubilant covers of Bob Dylan and The Rolling Stones next to a Gold’s Gym promotional table where two muscled men try to sell passersby memberships or, at least, a tub of protein powder. Tucked back from the crowd at a small round table is a woman with curly red hair, a video camera on a tripod, and a sign that reads: “I want to talk to you about food! (Free snacks).”

Clara Gamalski is the Operations Manager and Assistant Director of Outreach and Education at Conflict Kitchen and a graduate of the Food Studies program at Chatham University. Over the past three months, Gamalski has been conducting in-depth interviews throughout Pittsburgh asking people about their food identities, a format resembling a game of Would You Rather: Would you rather eat Oscar Mayer bologna or Citterio mortadella? Would you rather have fingers covered in bright orange Cheetos dust or the softer white cheddar of Pirate’s Booty? Do you like your s’mores with Hershey’s or single origin fair trade dark chocolate? 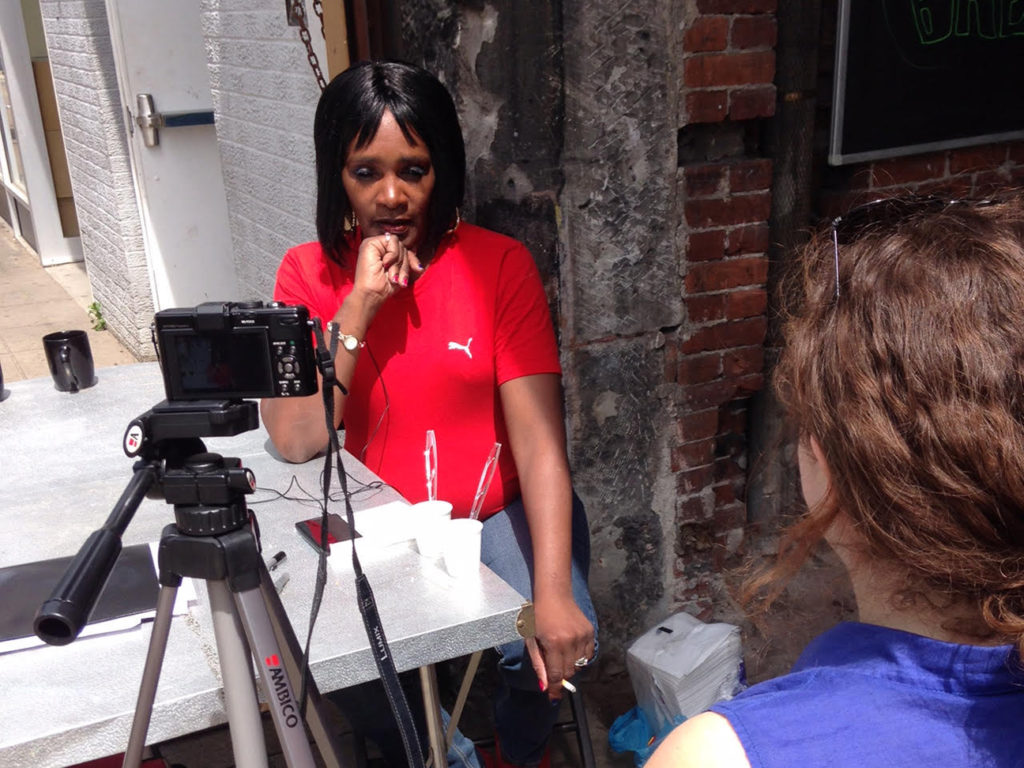 Food preferences can be shaped by upbringing and food access, and by comparing two similar foods in this way, Gamalski delves into conversations about class, gender, race, and nostalgia, all of which are important ingredients in defining a city’s food landscape.

“I think it’s really exciting that Pittsburgh is getting so much press for its nicer restaurants and urban farming movement, but I don’t think that that paints a complete picture of what eating is like in Pittsburgh,” Gamalski said. “This project came about as I started to think about how power shapes the stories we tell about food in Pittsburgh. Who gets to tell those stories? Who gets to hear them? What kinds of foods are represented and who do those foods belong to?”

As a trained oral historian, Gamalski thought extensively about how to yield the most genuine responses from her interview process. “Asking comparative questions really gets people talking. If you ask someone to tell you about their past, they won’t really know how to respond. But if you ask something specific like, ‘Can you tell me about how yesterday was different from a day when you were 12 years old,’ they will have a more concrete answer. It’s easier to compare things than it is to speak abstractly about one thing.” 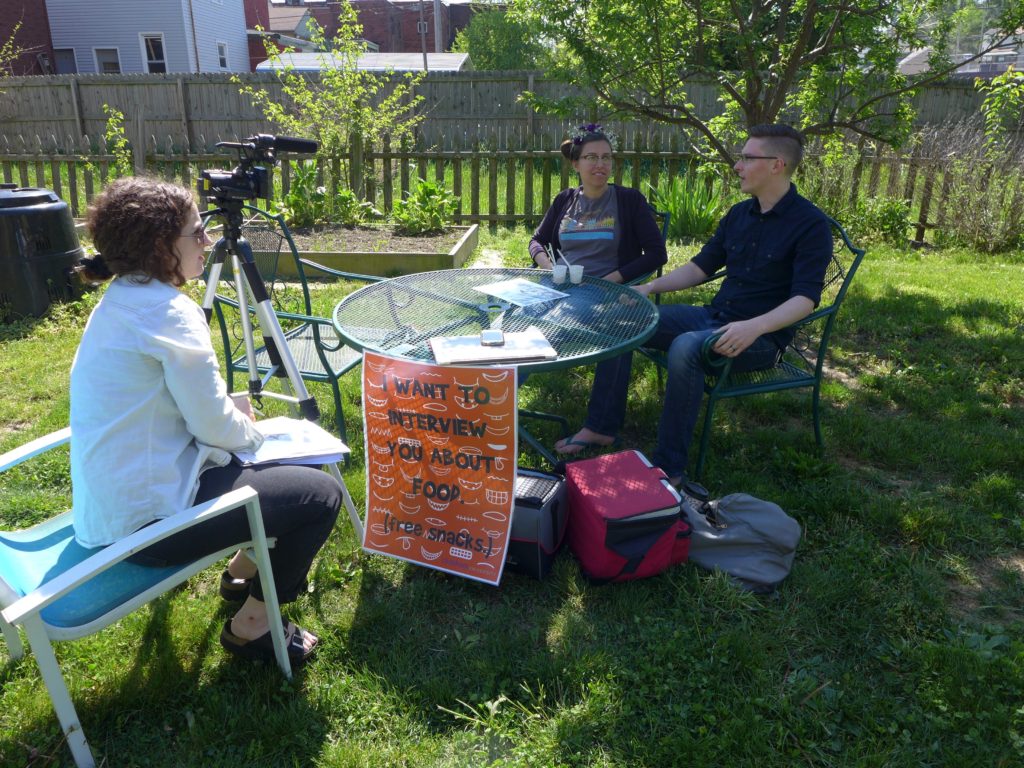 Watching these interviews happen, one thing is clear—people have a lot to say about food. From the minor (a dislike of the texture of kale) to major (bologna triggering memories of years spent incarcerated), the interviews span a broad base of emotions and experiences. “The thing that’s most interesting to me is that no interview goes where I think it’s going to go,” Gamalski said. “Everyone has different personal connections to these foods, and it’s impossible to see those coming.”

“I think the biggest thing I’ve discovered,” Gamalski told me recently as we sipped cold margaritas under ominous rain clouds, “is that it’s not at all about the food. In the interviews, I spend such a small amount of time actually talking about the foods that are in front of us. It’s really about memory, identity, childhood, health, and cost. Food in Pittsburgh is interesting, but not as interesting as the people who eat it.”

Gamalski will be presenting video excerpts of her project, titled (free snacks), and a photo installation at The Cloak Room, next to The Livermore, on August 31st from 6-9 p.m. To learn more about the project—and to sit down for an interview yourself—visit Gamalski’s website.